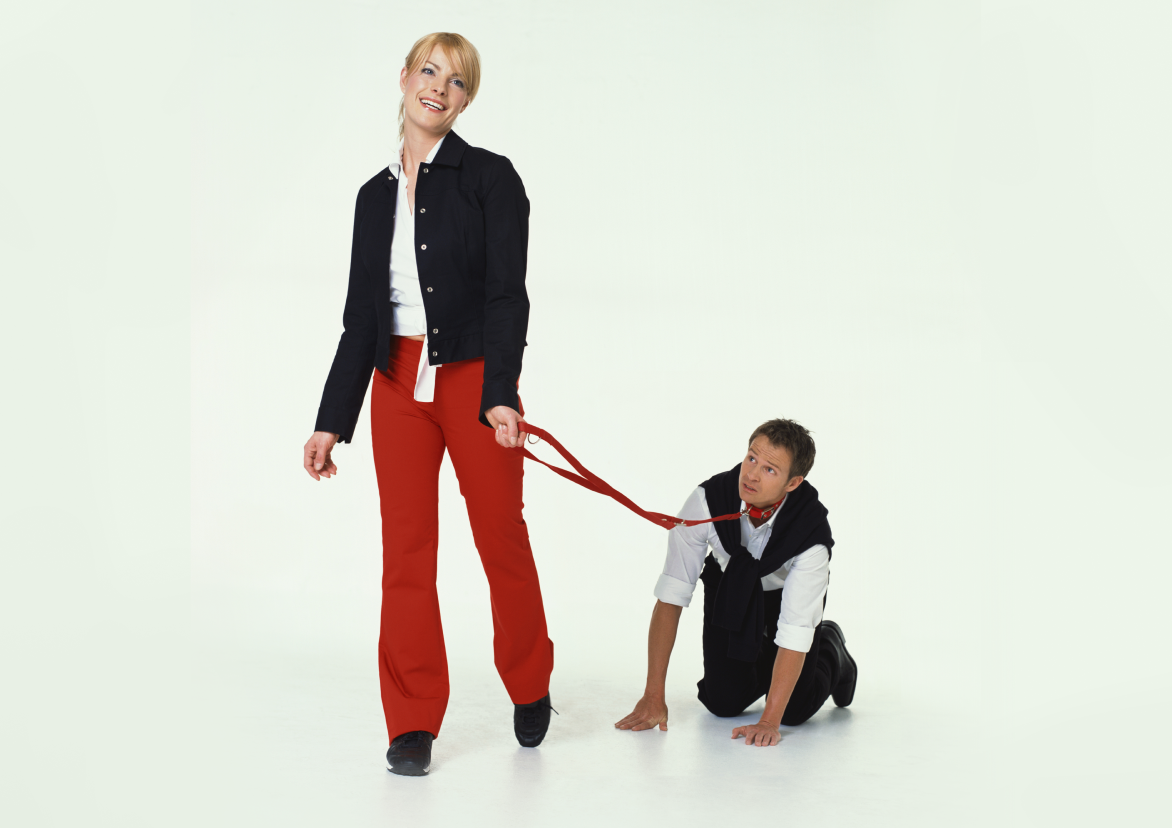 It wasn’t even the most bizarre tenant request the property manager received that week.

BREAKING – A New Mexico woman has successfully exploited Fair Housing laws to have her live-in boyfriend certified as an Emotional Support Animal (ESA).

While this may be one of the first documented cases of a human being successfully certified as an ESA, it could become part of a larger national trend.

Joint research between Harvard’s Tenant Delusion of Grandeur Study and the  American Common Hypochondriac Ordinance Organization (ACHOO) found the number of registered ESAs more than doubled between 1995 and 2015, to an estimated 200,000 animals of varying species.

One such property manager, Kirsten Swore, lost her voice for a month after dealing with tenant and self-proclaimed “opportunist,” Lois Price of Truth or Consequences, New Mexico.

When profits from her knockoff handbag reselling business slowed, Price wanted to take on a roommate to share expenses, but the lease on her studio apartment at Bedside Manor did not allow it.

“Occupancy laws don’t allow roommates in apartments of that size,” explained the currently mute Swore in an emailed interview, “So you bet your [expletive] I said no.”

“I wouldn’t take no for an answer!” said Price. “As a resale entrepreneur, I know the importance of creativity, so when I saw a cute Labrador wearing a service harness, I figured my lease might not allow pets or roommates, but it has to allow support animals!”

*Contrary to popular belief, an emotional-support card merely indicates that an animal’s owner paid anywhere between $40-$200 to register their pet with a for-profit database, likely unsanctioned and unrecognized by any government.

The operative phrase for Price in the Housing Act was “any species” when she researched getting her boyfriend, Upton O. Goode, certified as an ESA. “I have self-diagnosed PTSD from driving into a fire hydrant while texting because my self-diagnosed ADHD makes it hard to focus on one thing at a time. I get solace from my boyfriend. Humans have to count as ‘any species!’”

Price looked up regulations for support animals and found The Dogtor, who, like many online specialized ESA health professionals, might issue a letter for a taxidermied raccoon for the right price. “I filled out a questionnaire, paid, and got the paperwork for Upton two days later.”

Goode had no problem with his new vocation. “I didn’t have to buy a ticket to the movies as long as Lois and I shared a seat, which is fine since we both have slim hips.”

Swore, to her chagrin, was forced to allow Price’s ESA, Mr. Goode, to move in. “It wasn’t even the most [expletive]-up tenant request I got that week,” she shrugged. “It could have been worse,” she admits, “there are people out there with rodents, hedgehogs, and ducks for emotional support.”

Swore worried about the loose interpretation of laws adding new complexity to an already complex job, “I’m used to micromanaging owners and unreasonable prospects, but this was unheard of. One of the other tenants asked if she could get free parking for her Volkswagen Beetle if she got her car an ESA letter. But the [expletive] really hit the fan when Upton started relieving himself outside like the other animals.”

Order has since been restored to Bedside Manor. Though Swore could not use occupancy restrictions to evict Goode, the boyfriend/ESA, she didn’t have to. “He’s a chain-smoker. While I’m happy to allow the guy in 3C his service pig, this property is strictly non-smoking.”

Property management has wild challenges for those brave enough to face them. Before the books get balanced, there are complicated lease terms, cranky cosigners, and the odd ESA request to consider. Let Proper handle the books so you can handle the rest, talk to us.

–
Disclaimer: This is a Proper parody, so any resemblance to real life is purely coincidental. While Proper can’t help with unusual ESA requests, we can ease your accounting burden with more controls, higher accuracy, and lower cost than an in-house team. You’re on your own with the snakes and possums.

Schedule a time to speak to our experts.